This interactive story was made to explore the loneliness, stress and misery of caring for someone at the end of their life, while also dealing with one's own addictions, mood and health. It is intended to be a gruelling task to get through this story. If the content upsets you, I apologise. Please stop playing if you find the content stressful or extremely upsetting, and seek help if the distress you experience is severe and long-lasting.

This is a therapeutic exercise for me, as it is based on what I know of how someone close to me died, and is a way of me dealing with the trauma of that experience. It is not 100% true though, simply inspired by what happened. To tell the whole truth would be a breach of privacy to a man who was very private in his life. But with him gone, my family and I are left to deal with what was left behind, all the things that he hid from us, and all the things we never got to experience with him because he's gone now.

Please treasure the people in your life.

See the help file in the game for a guide with hints and tips.

I feel sorry for George and Evelyn :(

There's something about the ending that felt a bit abrupt and unsatisfactory, but I enjoyed the story overall. The slow buildup was good. Nicely done!

Yeah, if I went back I would probably stretch things out a little bit. Which ending did you get, out of interest?

I didn't realize there were multiple endings :o I was sedated and told that Evelyn had passed away shortly after, but that I had been by her side when she died. There was a kind of emotional detachment that didn't feel like the end of a long relationship (or maybe the ending was just a bit short). I did like the story overall though, and thought it was well-written.

Thanks so much for playing! And for commenting as well, it helps me improve. Perhaps I need to show that ending a bit more love in the future.

Np! Thanks for the experience. ^^

you did a great job with conveying emotion! i especially liked how you used the gameplay restriction of sometimes not actually being able to visit evelyn

Such a beautiful experience... lot of feelings here 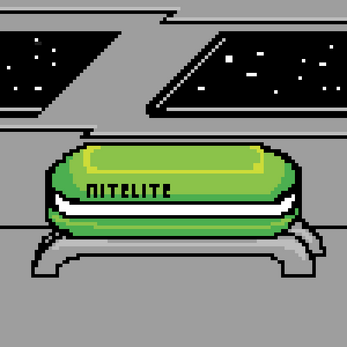